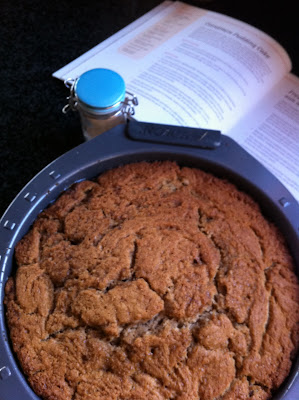 ﻿This is the second cake from "Cake Keeper Cakes" by Lauren Chattman which is The Cake Slice baking group's latest book.  As an signed up member of the cinnamon appreciation society, I was delighted when the Cinnamon Pudding Cake was chosen as November's recipe.
I had read that some of the members were having dryness issues with the cake and took preventative action  - I decided to be very clever (huh!) and add sultanas (knowing that this would prevent me lashing in, I'd have to pick around them) which I soaked in cinnamon and water.  I added these plump, moist morsels to the mixture in the hope that they, along with using twice the specified amount of butter would help deliver a delicious moist cake.
I hoped in vain - what I should have done was add an egg or two and then mix some of the topping through the cake mixture - you live and you learn.  I have to admit that I won't bother trying these alterations - as far as I can remember this is the first time I have thrown out a half a cake - ever, I won't revisit it.
On the positive side the topping, sank through the cake perfectly, leaving a lovely rich caramel which( because I used the cinnamon water I had soaked the sultanas in) had a lovely spicy flavour.
Not sure if you want it but here's the recipe - may be worth a try if you make all the alterations! 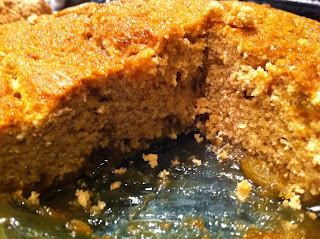 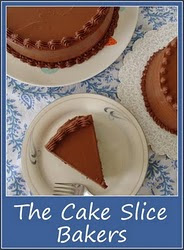 Posted by Brownieville Girl at 11:08 PM

Now, I have been thinking all along that it would be much better with sultanas. Disappointed to hear it's not. But why on earth would you put sultanas in if you don't like them?
Love the title of your post. Sums up the excited anticipation and then the disappointment.
Oh well.

Must admit I had no idea what sultanas were...just googled it! LOL I wont be making this again either.

Such a shame. I always wonder if some of these recipes are tested the way they should be. This might interest you.

so... next time you make it, add a large tablespoon of mayonnaise to the mix... I know it sounds revolting but I assure you that it will add the moistness you desire but not effect the taste in any way at all... an old family trick... works well in a lot of cakes, especially chocolate cake! xx

I like the sound of both- the original and the new cake with sultanas :-) Maybe I will have to try and eat both !!!

The sound of a cinnamon pudding cake is delicious, too bad it didn't work out. Unfortunately not every recipe is a winner though, I think its way cool that you blogged about it anyways :D
Have a wonderful weekend.
*kisses* HH

I love cinnamon!
Just to let you know that I've sent you an Award. Please see http://cookingmanu.blogspot.com/2010/11/versatile-blogger-award.html

PDNFTA - if there is dried fruit in it there is a much better chance that I'll fit into my Christmas outfits!!

DA - at least you had some takers for yours!!

Thanks a million for that Granny :-}

Good idea Dom - I've made mayo brownies before and they were lovely.

HH - Warts and all!!!! Hope your weekend was wonderful.

Manu - thank you so much, I really appreciate it.

What a shame it didn't work out as you would have wanted. Ah well, plenty more cakes out there to try!

I was also not a big fan of this cake. I was a bit surprised that some people loved it SO much, but I am glad that it wasn't a complete disappointment.

I also had to google sultana!

Sultanas are a great idea!

I'm a paid up member of the Cinnamon Appreciation Society too, so this is definitely on my to do list..

So sorry this didn't work for you. Sultanas sound like a great idea though.

Adding sultanas seems like a great alteration but sorry that it didn't work for you.

Sorry it wasn't up to snuff, but I think adding the sultanas is brilliant!...and especially soaking them with cinnamon. I thought that there was too much cake for the sauce but liked the flavor...after I'd added extra butter, an egg, and some dried cranberries and walnuts. Probably not a fair assessment of the cake with all those additions, but looking at the recipe it seemed like it needed more fat and an egg at the minimum. Maybe next month's will be better!

I'm a part of the baking club as well and I was really disappointed in the cake as well-- it was moist but, i won't make it again!

sultanas make a great addition. I fall in the dissapointed category.

Too bad it didn't work out!

Yum.... I can almost smell it clear in Georgia, USA

All That's Left Are The Crumbs said...

This didn't turn out as I expected either, but I am determined to get the cake I want. I want more pudding and less cake.

I like the addition of the sultanas. Cinnamon is not my best friend but this is a great looking cake, its a shame it didn't work out for you though.

It looks great in the picture though!

SavoringTime in the Kitchen said...

I always feel so cheated when a recipe doesn't fulfill my expectations. Time, effort and good ingredients are lost. I guess this is how we learn, though, and how would we ever find those fantastic recipes without a few failures thrown in ;)

sounds great, I may have to add this to my thanksgiving table!

I like it when people tell what works and what doesn't, where to buy things, and what brands they like. Thanks for the info.

But it sounds so good! I might just have to try it for the cinnamon, but would use yogurt - that's my new fail safe for a well risen moist cake.